The crossing of the Latium Volcano
Leaving the ancient vestiges of Rome, you face the first heights identified in the ancient structure of the Latium Volcano according to an SE-NW guideline. The journey will cross this territory where in 1984, in order to protect the integrity of its natural and cultural characteristics, the protected area of the Castelli Romani Regional Park was established.

Between History and Legend
The route represents a first immersion in the natural environment and a historical "backward" route. In these places the legend places the origin of Rome being Romulus, his first King, descendant of the King of Albalonga, Numitore. Legend and history blend with the natural environment and the beauties that have always made and make the Castelli Romani, a territory of residence, study and leisure.

Description of the route
Leaving the village of Castel Gandolfo, known summer residence of the Popes, you enter thewooded area of the crater rim of Lake Albano, which in this stretch is home to the Via Francigena del Sud. Continue in the direction of Rocca di Papa, between chestnut coppice woods; going up the ancient Via Sacra that led to the Temple of Jupiter Laziale, dear to both the Latin and Roman peoples, we reach the crater rim of the Campi d'Annibale near the cone of slag from Monte Cavo. Nearby is the highest elevation of the entire volcanic structure represented by the Maschio delle Faete (956 m asl). The descent towards the Pratoni del Vivaro allows the approach to areas of considerable interest such as the Bosco del Cerquone, wreck of
the ancient woodland and the Pantani della Doganella, sites of the Natura 2000 network, with permanent pools hosting different and rare species of amphibians . The arrival at the village of Rocca Priora leaves room for breathtaking views that extend from the Tyrrhenian coast to the Apennine mountains.


Park of the Roman Castles 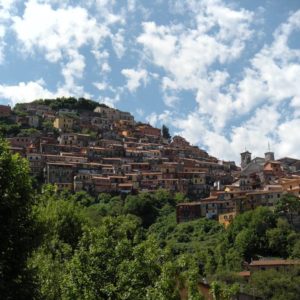 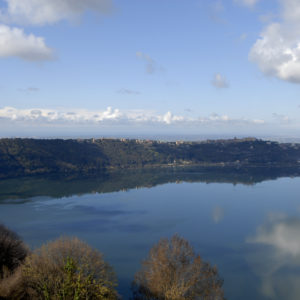 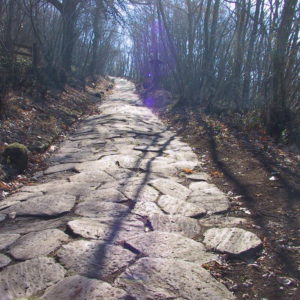 Water along the path
Yes